Since Hans Lipperhey invented the telescope in 1609, this instrument and – a bit later – its two-eyed version, the binocular, has been put to good use in many areas of life. The following may be some of the main specific binocular applications that have developed over time. There is no strict separation between these different usages, many instruments in fact belong to more than one of the following categories. 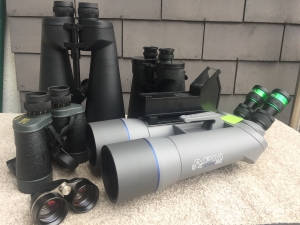 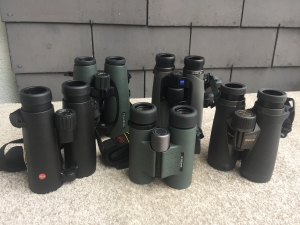 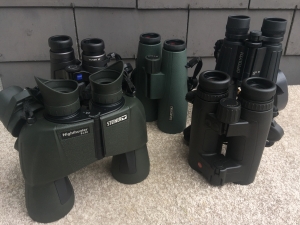 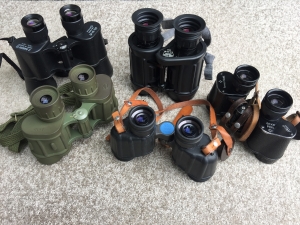 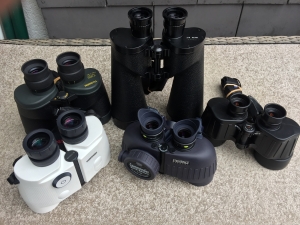 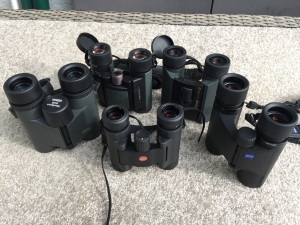 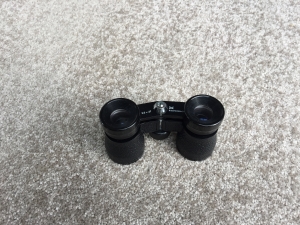 If you use Google to identify today’s binocular manufacturers, you will get something like 150 company names. However, this result is utterly misleading. Of these roughly 150 companies, less than a dozen actually still manufacture their own binoculars; all the others are just selling binoculars under many brand names, but the instruments have been manufactured by a select few producers.

On the American continent, not one single binocular manufacturer in the proper sense of the word is left. Some few companies are today assembling binoculars from imported parts manufactured in Europe or Asia, a noteworthy example being Meopta USA, Inc. located in Hauppauge, NY, which imports entire binoculars form their Czech parent company, from which it also imports parts to assemble their MeoPro line in the USA. Other examples would be Leupold Optics in Oregon, which assembles a number of their instruments in the US, using mostly parts manufactured abroad, and Maven Optics in Wyoming. Most others have completely outsourced the production of binoculars, mostly to China, a smaller number to Japan.

** in October 2020, Noblex announced that binocular production as discontnued and the company would be liquidated.

In Asia, companies producing their own binoculars, or at least essential parts, include the following Japanese entities: Canon, Fujinon, Kowa, Nikon, Olympus, Pentax, Vixen. All of those have outsourced the lower end of their product lines over the last few years to Chinese manufacturers. Beside those seven companies, Japan is home to large companies producing binoculars for third parties and sold under third party tradenames, the most important one being Kamakura, which manufactures parts and entire binoculars for leading European and American customers in the optics and outdoor businesses.
In China, the market leader is KUO (Kunming United Optics). KUO designs, manufactures and sells their own instruments, but is today also the global leader producing parts and entire binoculars for the worldwide binocular markets, lately even in the high end market segment (e.g. for astro instruments). If you buy binoculars today that are labelled “China” or “Made in China” (and you will nowadays find that label even on instruments with the prestigious blue “Zeiss” logo), there is a high chance that it has been manufactured by KUO. Some companies, such as Oberwerk of the US, source from other manufacturers in China, but do not disclose their names.

Will the entire binocular production eventually move to China? The future will tell. But with some of the famous and once prestigious European sports optics companies now owned by financial investors (with in some cases reduced investment budgets and company restructurings, including layoffs); with optics and photo shops nowadays frequently slashing their inventories and running a tight working capital figure; and with consumers now often buying their optics equipment online or from large department stores, binocular markets are expected to undergo significant changes in the future.

Where to buy binoculars

WHERE TO BUY BINOCULARS

Thirty years ago, if you were shopping for a pair of binoculars, you would either go to a photo / sports optics shop, a hunting / outdoor merchant or to some select department store which would carry this kind of device. You would normally have expected to find a decent selection of binoculars in-store and would have been able to try out some instruments on the spot.

Since then, things have changed a bit. Nowadays, the “omnipresent internet vendor named after a South American river” is the place where many would turn to in order to look up and select binoculars and related items such as tripods, bags etc. Many other internet vendors all over the world are selling huge quantities of binoculars; some of the traditional optics stores have joined the game by opening an internet presence in addition to the traditional store activities.

It is clear that this trend has changed the way we buy binoculars. Online, you either have to order an instrument, review it once it is delivered and then return it if you don’t like it, or you follow the same procedure but order several instruments at once of which you will return those that you do not intend to keep. But either way, the in-depth comparison, review and testing of a number of binoculars “in parallel” has become more difficult when buying online than when making your selection at a large optics store.
Only a very few select shops still carry a sizable stock of binoculars and thereby offer the possibility to compare and select instruments directly at the store. If they don’t carry an inventory, they will sometimes order one or a few instruments for you which you can go and review at the shop once they have arrived.

Many people follow discussions and debates about particular instruments in internet forums (see label “Further Information” on this website) and then go and review that instrument at a shop, or order one online. But what you can definitely learn from the discussion on such forums: a specific pair of binoculars may not suit your eyes, your face anatomy or your observation habits as expected even if it has received top marks by other people online or in a magazine; numerous forum posts from disappointed users give sufficient evidence of that. So remember: nothing but your own review, testing, trying out counts when buying binoculars. For those wanting to go a bit deeper in their evaluation procedure, see the next paragraph “How to Select Binoculars”.

How to select binoculars

HOW TO SELECT BINOCULARS

The following “manual” is being used by BINOCULARS TODAY to review and evaluate binocular performance. You may choose to use it, either entirely or only those parts which you consider particularly relevant for yourself, for your own binocular reviews. Only test criteria accessible to the “ordinary binocular user” are included; criteria requiring sophisticated procedures or special equipment (e.g. for measuring transmission) have not been mentioned here. Data from such measurements can sometimes be found in the reports from testing institutions (e.g. allbinos, House of Outdoor etc., see page “Further Information” on this website)

Some common errors and misconceptions

Bill Cook’s book (see page “Further Information”, tab “Books about Binoculars”) lists dozens of misconceptions or misunderstandings about binoculars, some of which seem ineradicable in the public discussion, despite all efforts by serious binocular enthusiasts. But abandoning hope is not an option, so we would like to present our own selection of a few particularly pertinent ones here.

Many books contain an appendix with an index of terms.
One of the most useful reference works to look up definitions and terms for English speaking readers is the “Field Guide to Binoculars and Scopes”.

For German speaking readers, the book “Handferngläser” by Holger Merlitz provides solid and thorough information about all important terms used in the binoculars trade.

Both books are listed on this website on the page “Further Information”, under the tab “Books about Binoculars”.

Below are “unofficial” translations – German-English and English-German – of the Index at the end of Holger Merlitz’ book “Handferngläser”, second edition 2019 (the numbers next to each term indicate the page numbers in the book where the respective terms are discussed).

The following are a few important abbreviations frequently used when discussing binoculars and their characteristics and performance: