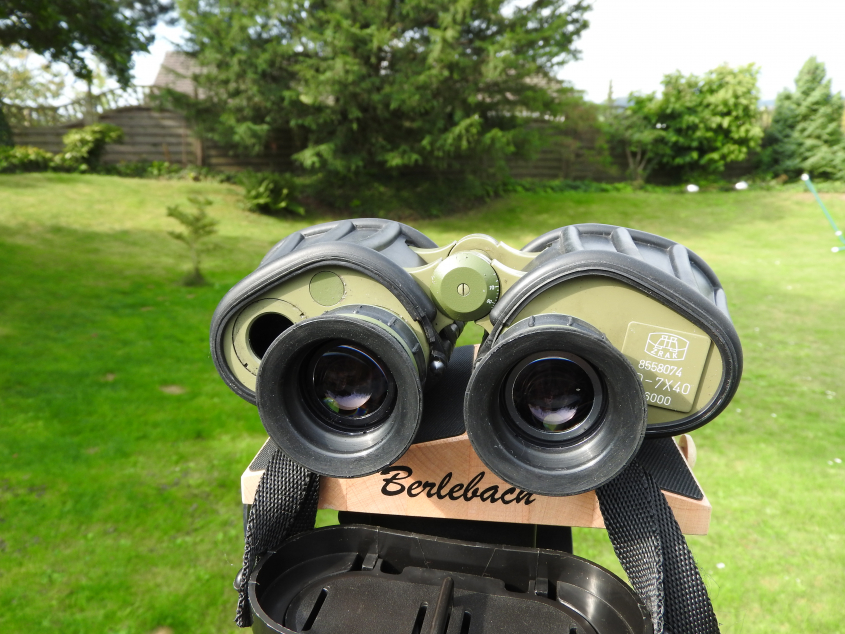 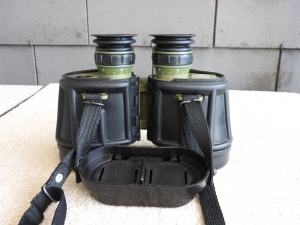 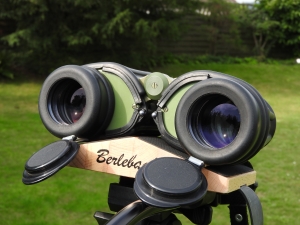 Over 1.2 kg weight in a 7×40 binocular? You have to get used to it!! This binocular looks and feels like something from the WW I era, but don’t let yourself be fooled: the optical performance is actually quite decent. Orginally designed and produced by Carl Zeiss Jena under the desgnation “Carl Zeiss Jena 7×40 DF NVA” for the army of the GDR, the DF featured among other things an infrared detector, green filters, a reticle and a tritium cell for the illumination of the reticle. The design was later licensed to Yugoslav company ZRAK which produced many of them for the then Yugoslav army and the Warsaw Pact troops. ZRAK, located in Sarajewo (in what is today Bosnia-Herzegovina), still produces military and civil versions of the RD-7×40. The civil version comes without reticle, but still has yellow filters mounted into the rainguard; despite its somewhat odd looks, it offers overall a very satisfactory optical performance with a nice 148m field of view, a decent brightness for a binocular that comes without top of the range AR coatings, and a good edge sharpness. The CA is quite well corrected. The RD appears hugely robust and solid and suitable for harsh environments and rough handling.
See also separate post “Carl Zeiss Jena 7×40 B/GA”, the roof prism “sibling” of the DF porro instrument, which was also originally designed and produced by Carl Zeiss Jena, https://binocular.ch/carl-zeiss-jena-7×40-b-ga/ 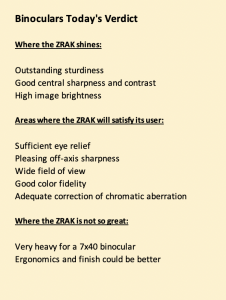