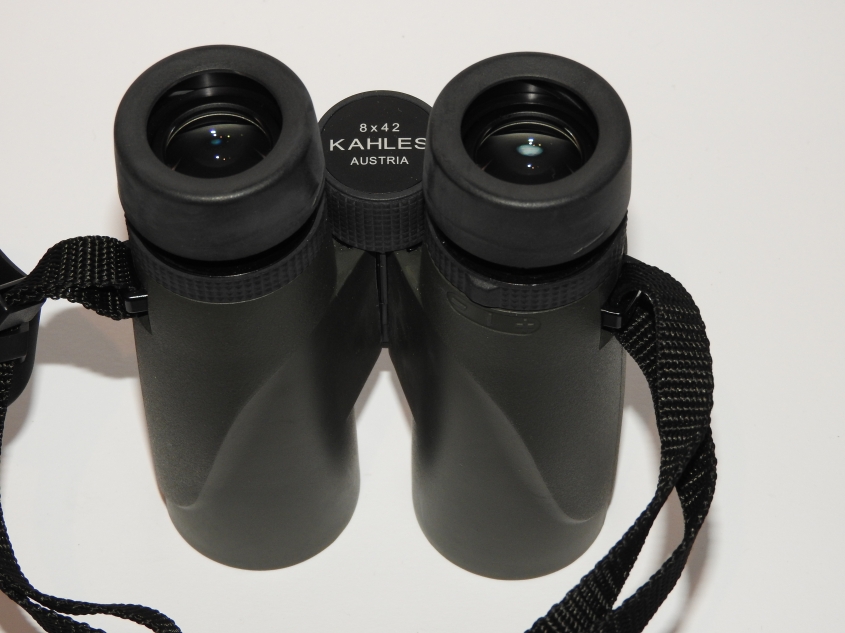 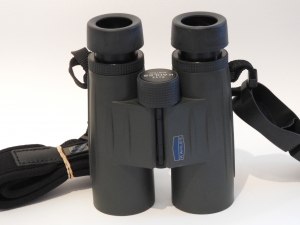 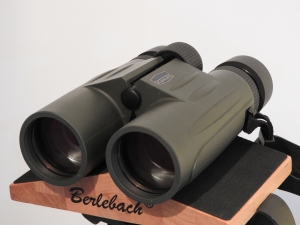 Between about 2000 and 2015, Kahles produced 4 models of binoculars, simply named after their configuration: 8×42, 10×42, 8×32, 10×32. They were well finished, but relatively expensive, mechanically solid, optically middle class – they did not impress with their rather modest field of view -, and sold mainly by hunting shops. Kahles had been around since 1898 and has been known since then primarily for their riflescopes (Kahles made a number of inventions in this field); their latest scopes still compete sucessfully with those of more famous producers such as Swarovski or Zeiss. In fact, originally a family company, Kahles was taken over in the 1960s by Swarovski Optik and still is a 100% subsidiary of Swarovski. – Production of the 8×42 binocular presented here, and of the other x42 and x32 models, was stopped in 2015 (or before?) and was replaced in 2016 by the new Helia line (see separate post “Kahles Helia 8×42”). 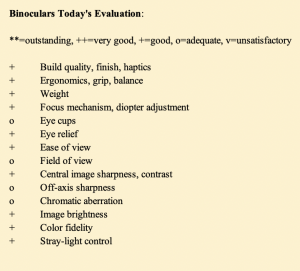 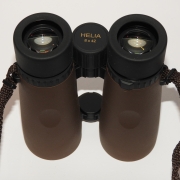 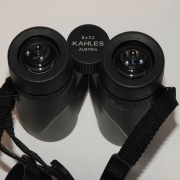