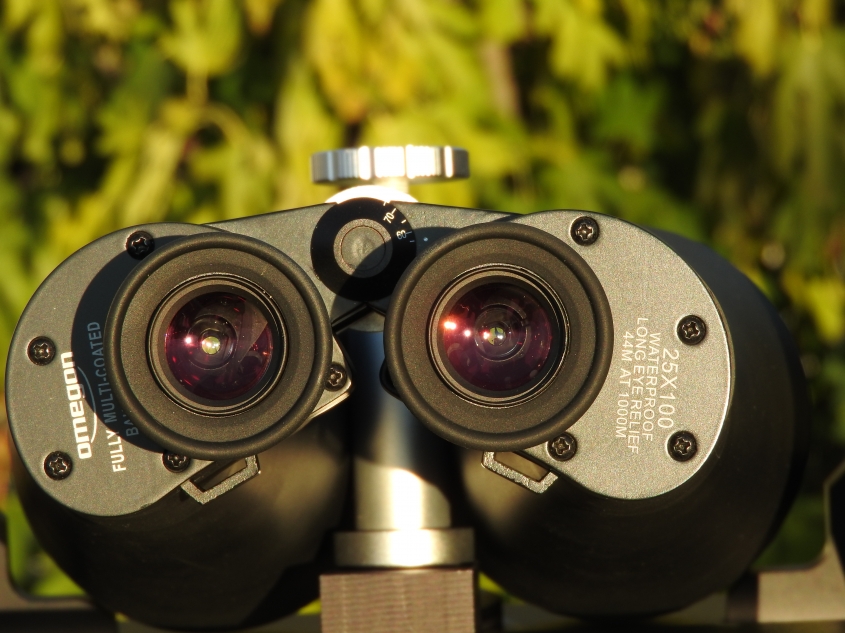 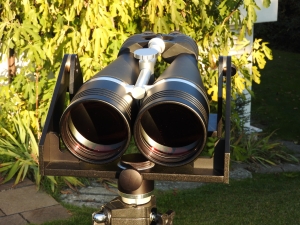 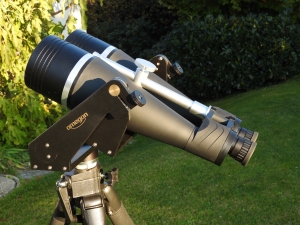 Remarks:
Mid-level 25×100 binocular with overall satisfactory performance at a reasonable price; quite large and heavy. 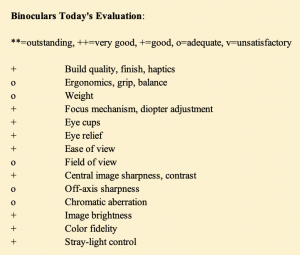 EdZ and others had written excellent performance reviews of several 25×100 models some time ago on ClodyNighgts, and there is no intention here to go as much in-depth as they have done. Instead, this is only a very brief description of what I experienced when trying out the three mentioned binoculars recently.
Regarding the selection of models: it is my assumption that the Omegon Nightstar 25×100 is a „BA8“ design and therefore essentially the same instrument as the TS Optics 25×100, Oberwerk 25×100 Deluxe, Orion Giant View 25×100 and possibly further 25×100 models.
On the other hand, the Omegon Argus 25×100 is the same instrument as the APM MS 25×100.
If this is true, the current brief review would in fact cover most of the currently available mainstream 25×100 binoculars. 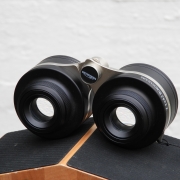 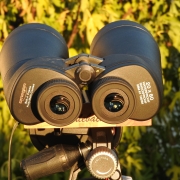 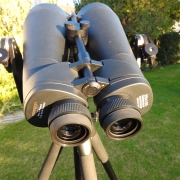