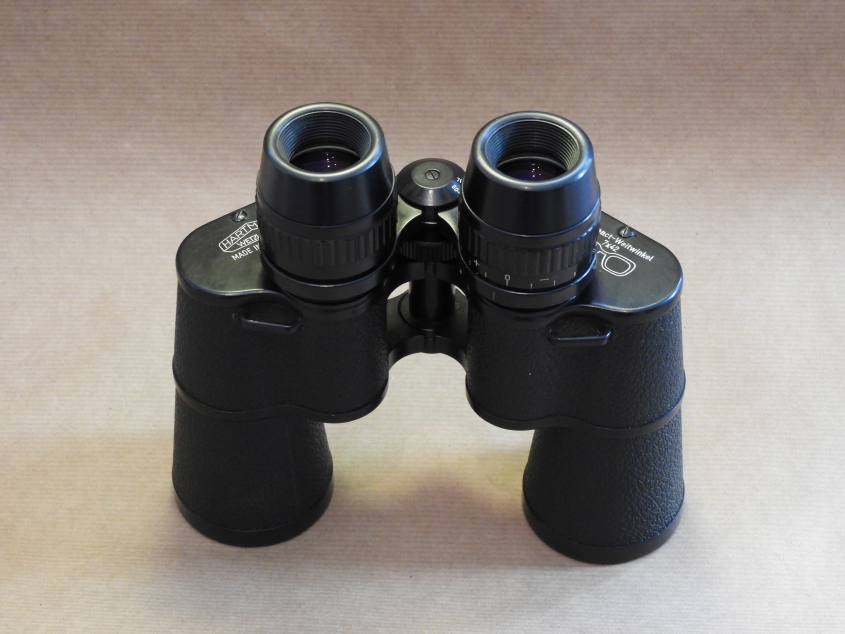 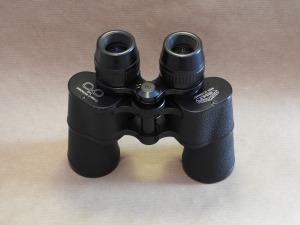 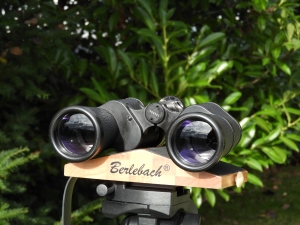 Hartmann Optik Wetzlar manufactured this instrument in the early 1970s. It was part of their “Compact” series of binoculars introduced in 1966 (6×30, 7×35, 7×42, 8×30, 8×40, 10×40), with a wide field of view of 150m (the present sample shows actually less than that), good central and amazingly good edge sharpness, and a slightly yellowish image (later production models with better coatings did improve on this). Despite its 17mm of eye relief, this model was barely usable by spectacle wearers since the eyecups made of bakelit could not be folded down. Hartmann Optik, which had started to produce optics in 1921, closed down in 1992. 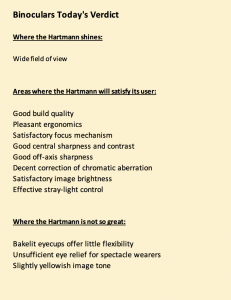