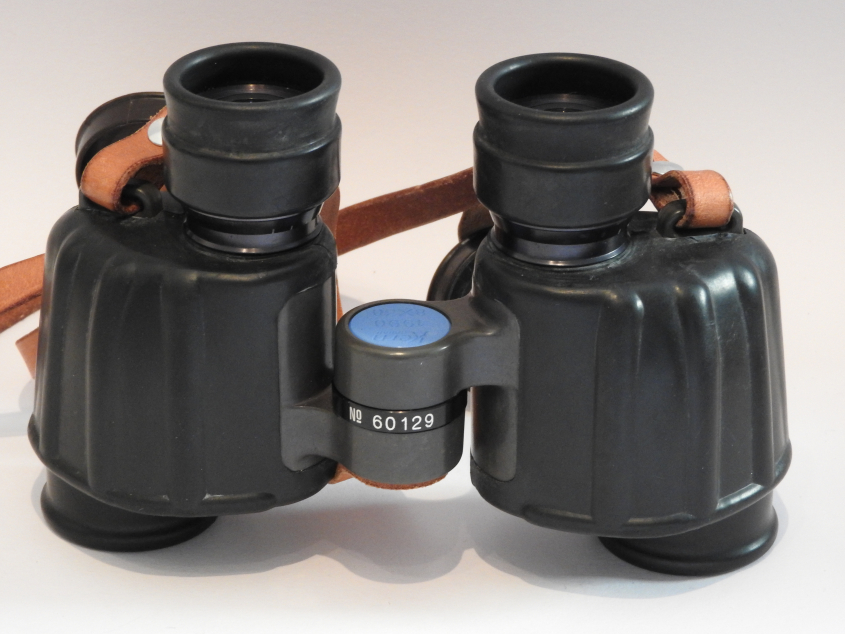 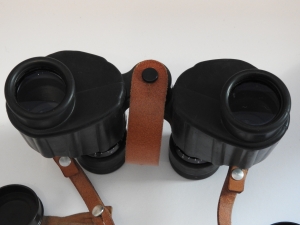 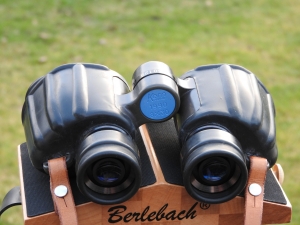 Introduced in the mid 1980s as the new main binocular of the Swiss army (its predecessor: see separate post “Kern 8×30 (double hinge)” https://binocular.ch/kern-8×30-army-double-hinge/). It featured a revolutionary single hinge which made life easier for the logistiscs and repair departments: in a repair or replace situation, any left and right tube could be put together without the need to recollimate. The new Kern had the same optical qualities as its double-hinge predecessor, but was lighter and came with a laser filter that gave the image a green hue. After Wild-Leitz took over Kern, this binocular continued to be produced unchanged but was now labelled “Leica” (see separate post “Leica Swiss Army 8×30” https://binocular.ch/leica-swiss-army-8×30-single-hinge/). 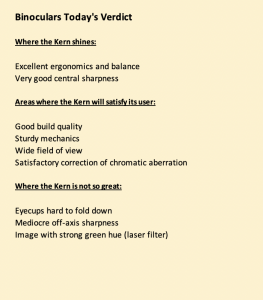 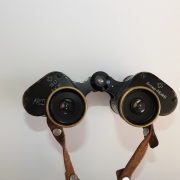