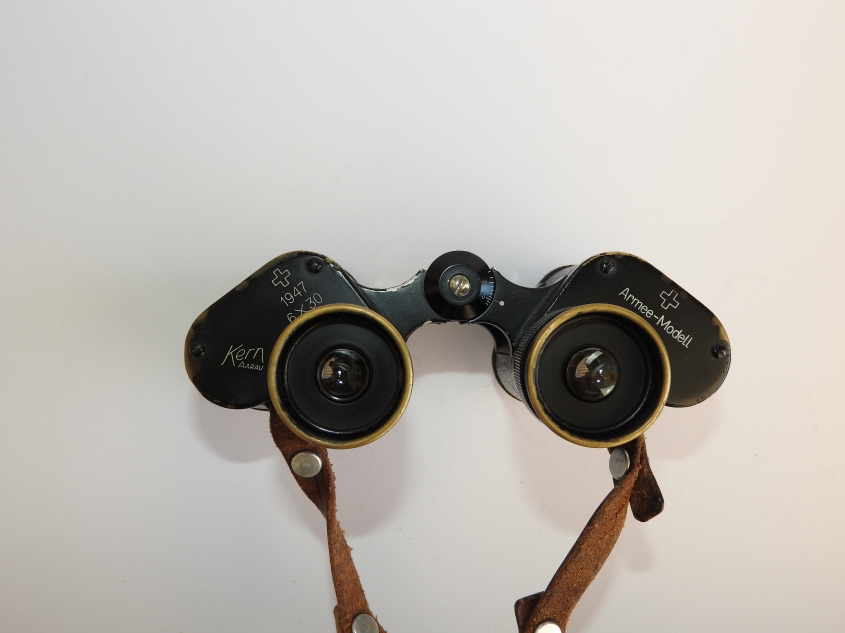 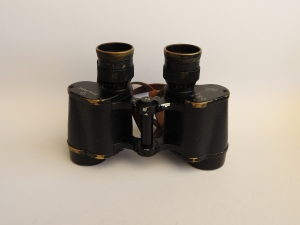 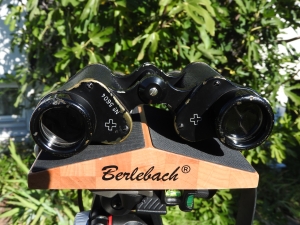 Before the invention of the image erecting prisms systems, binoculars used by armies in the 19th century were of the Galilean design, which resulted in low magnifications (5x or less) and a narrow field of view. With the arrival of Porro and roof prism binos, magnifications increased, but until the middle of the 20th century, many armies still had binoculars with 6x magnification, such as this Swiss army Kern binocular form the late 1940s (prod. no. 5604). The earliest version of this model had bakelit eyecups, from the 1940s onwards the eyecups used to be metal. From the 1950s onward, officers of the Swiss army were handed their personal 8×30 binocular (see separate posts “Kern 8×30” https://binocular.ch/kern-8×30-army-double-hinge/). Kern Aarau, founded in the 19th century, supplied binoculars to the Swiss army (it also sold some civil versions) for many decades before ending up merged with Wild-Leitz (later Leica) in 1988. 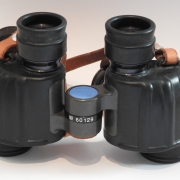