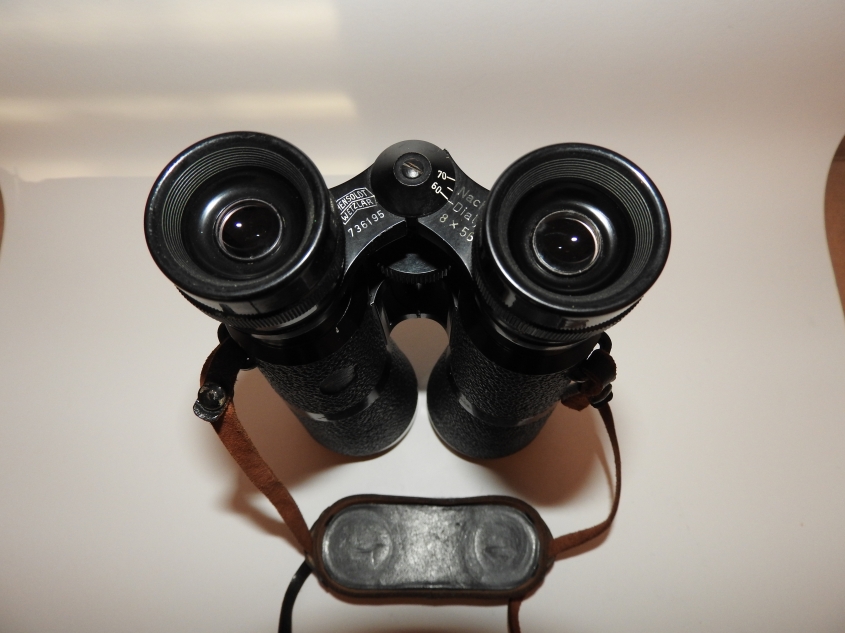 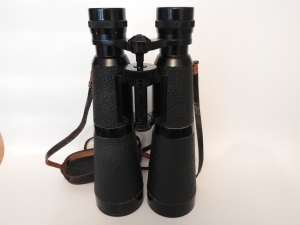 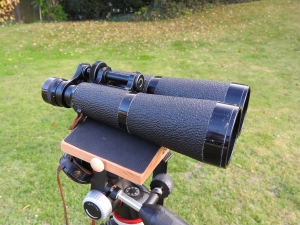 The name says it all: “Nacht-Dialyt” – a binocular for the night (or at least for dusk or dawn). Hensoldt, taken over by Zeiss in 1928 but until a few years ago continuing to produce under their own name, manufactured this fine instrument in the years between about 1933 and 1962; the sample here was probably made between 1953 and 1956 (to be verified). The design of this binocular was rated as “intelligent” because of its Abbe-König roof prisms and long focus length, which provided a bright image with good control of aberrations (anti-reflection coatings were already known, but became really effective only much later). And: there is no 8×56 binocular on the market today that weighs a mere 766g! The “Dialyt” label became later the name for a line of Zeiss binoculars, all of which have since been discontinued.